Miguel Arévalo Ramírez, who has a history of international drug trafficking according to both the Police Anti-Drugs Directorate (DIRANDRO) and the Specialist Public Attorney in Drug Trafficking Crimes, and who is also under suspicion by the US Drug Enforcement Administration (DEA), has issued three separate lawsuits through the justice system for aggravated defamation. These involve Ojo-Publico.com and other media organizations, including La República, El Comercio, América Televisión, and Agencia Perú Producciones. They follow the publication of reports about Arévalo’s alleged links to the illegal drugs trade.

Last year, Ojo-Publico.com published the secret history of DEA and DIRANRO investigations of Arévalo in Peru, Central America, and the United States for drug trafficking in Alto Huallaga, as well as the police investigation against the mayor of Tocache David Bazán Arévalo, who had recently been arrested for collaborating with Shining Path in the assassination of the prosecutor, Arturo Campos Vicente. In its case report, the Anti-Drug Police established that Arévalo had been known by the alias Eteco, and had had an association with drug rings in the San Martín region since the 1980s.

In the first complaint, Arévalo—the founder of a fleet of aircraft in Central America and fuel stations in Miami—has sued the journalists who authored the investigative report: Óscar Castilla, Executive Director of Ojo-Publico.com, and Edmundo Cruz, of La República. Eteco has requested that both be sentenced to three years in prison and pay civil damages of US$10 million (PEN30 million). He has also demanded that Ojo-Publico.com be included as a liable third party, with its activities to be suspended for two years. The case awaits ruling in the 11th Criminal Tribunal of the Lima Superior Court.

This complaint was initially filed at the start of 2017 with a court in the coca-growing valley of Tocache (San Martín), according to information we gathered during a trip to the area. However, the judge there referred the case to Lima because the defendants resided not in the locality but instead in the capital.

In the referral, Arévalo—who presents himself before the Peruvian justice system with a US passport—again sued Castilla in the Lima Superior Court, this time for US$100 million, with a requested a jail sentence of between three and six years. Arévalo also included in his action the Ministry of the Interior’s anti-drug prosecutor, Sonia Medina Calvo, and the journalist, Cecilia Valenzuela. He has requested the same prison time and civil reparation. The suit has reached the 29th Criminal Court of Lima and has been in preliminary hearing since last month.

The complainant has sought between three and six years in prison for the journalists.

The suit also names as liable third parties Ojo-Publico.com, the newspapers La República and El Comercio, and the television channels Compañía Peruana de Radiodifusión (América Televisión) and Agencia Perú Producciones (WillaxTv). Whilst the exact details of the complaint are not known, it is likely to concern articles and interviews published by these media organizations as a result of the original investigation, and statements made by Attorney Medina during an interview conducted by Cecilia Valenzuela on WillaxTv. 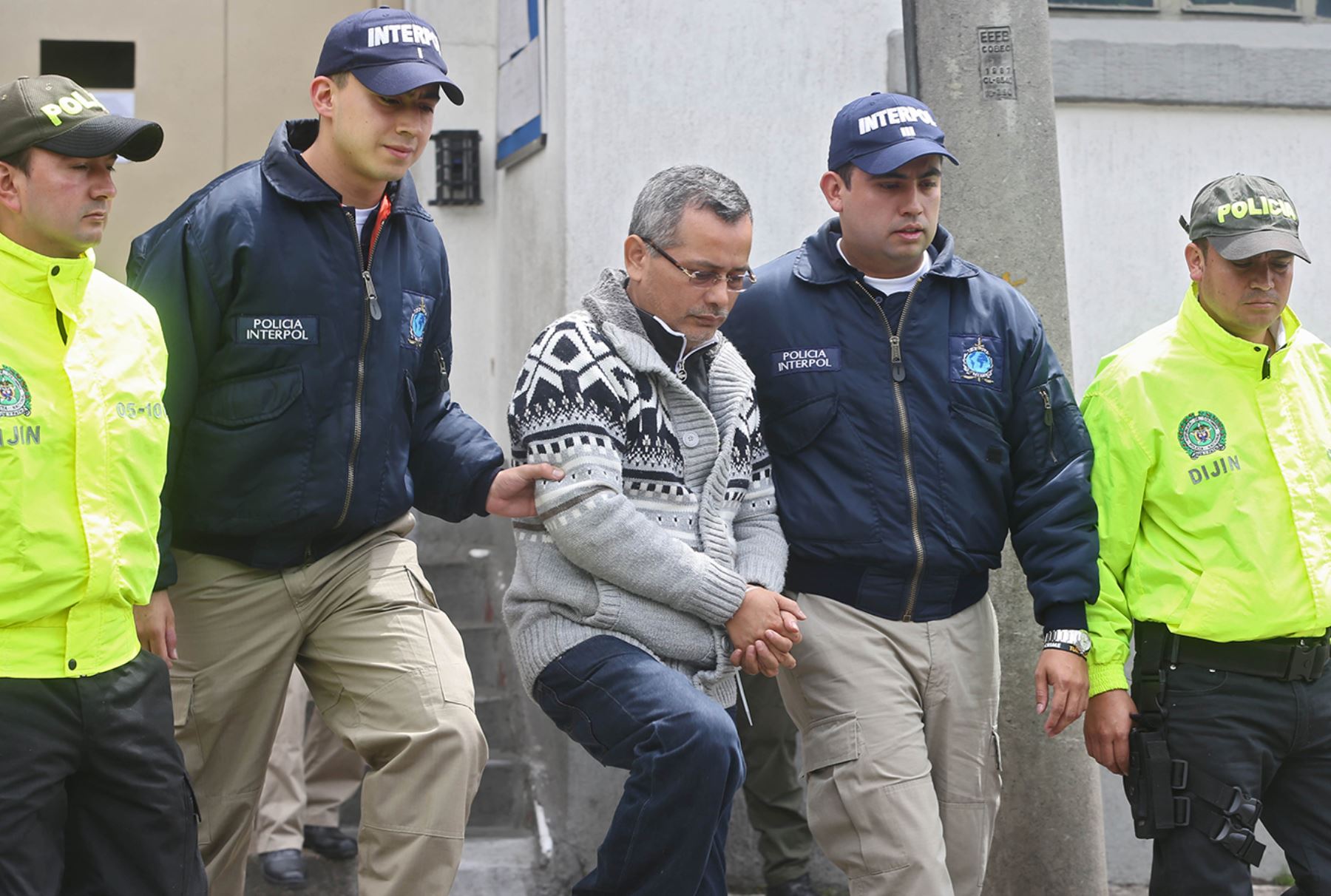 'Eteco', who in recent years has seen off accusations by Callao prosecutors and the organized crimes prosecutors for the laundering of money from drug trafficking, has filed a third lawsuit, against journalist Miguel Ramírez, the former editor of El Comercio’s investigative unit. In this action, he has requested a penalty of six years and the payment of US$100 million for civil damages. Ramírez, who currently writes the “Untold Stories” column in the El Comercio Group’s El Trome newspaper, has also taken aim at Arévalo through his articles, for being a suspected drug trafficker in Alto Huallaga.

In the suit—sent to the 21st Criminal Court of Lima and currently in the preliminary hearing stage—Arevalo has requested the judiciary to order the column’s suspension for two years. A month prior to the suit, Ramírez, the journalist who investigated the drug trafficker Fernando Zevallos ‘Lunarejo’ between 1995 and 2005, participated in a forum about journalism and drug trafficking organized by Ojo-Publico.com at the Pontifical Catholic University of Peru. Eteco' has included El Comercio and Ojo-Publico.com as liable third parties.

A fourth suit, against Google, Ojo-Publico.com, El Comercio, La República, Caretas, WillaxTv, América Televisión, Canal N and Hildebrandt en sus trece, has been added to the list. Through this action—a habeas data writ lodged last year in Tocache—Arévalo requested that the judiciary order the removal of all publications that these media organizations have disseminated on the Internet. Habeas data is based on the Law on Protection of Personal Data, which invokes for the right to digital oblivion.

This is not the first time that Arévalo has taken legal action against a media organization. Two years ago, he sued Corina de la Cruz, a radio journalist and the mayor of Tocache from 2010 to 2014. She was sentenced to two years in prison and the payment of PEN10 million in civil damages after making statements about Arévalo on the La Voz del Pueblo program. 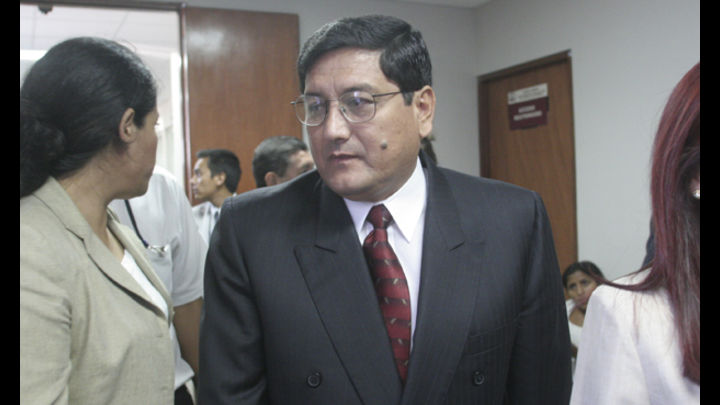 'LUNAREJO'. In 2004, Fernando Zevallos, accused of being a drug lord, filed a lawsuit against El Comercio for US$200 million. He is currently serving a jail term of 25 years. / La República

In the four suits signed by Arévalo and his lawyer Juan Alejandría Castro, the plaintiff describes in highly pejorative terms the journalists, the media organizations, and the anti-drug prosecutor: "irresponsible", "miserable", "corrupt" and "criminal". He has signaled that that he will not rest until "they pay with the full weight of the law in Peru and the US."

In 2004, Fernando Zevallos ‘Lunarejo’, accused by the US government of being a drug lord, launched a suit for US$200 million against El Comercio; its directors, Alejandro Miró Quesada Garland and Alejandro Miró Quesada Cisneros; the head of its investigative unit Fernando Ampuero; and the journalist, Miguel Ramírez. Zevallos is currently serving a 25-year jail sentence.

In recent years, Rodolfo Orellana Rengifo, accused of corruption and organized criminal activities, has filed 14 complaints against media directors and journalists from Caretas, La República, Cuarto Poder, Panorama and the magazine Hildebrandt en sus trece for having reported his illegal activities. Orellana withdrew the complaints in 2014 and eventually went to prison.

Ojo-Publico.com rejects any claim that it has defamed Arévalo when reporting on the basis of documents available from DIRANDRO, DEA reports held in reserve, and reports that have reached the Public Ministry in the context of investigations for the laundering of money from drug trafficking. As part of the investigation, Shirley Díaz Araujo, a niece of Arévalo, was also interviewed. She spoke about her relative’s links to the drug trade, and how his brothers-in-law are serving jail sentences for related crimes.

DIRANDRO, as noted above, has also drawn attention to Arévalo's drug trafficking history since the 1980s in the context of the investigation against his cousin, David Bazán Arévalo, arrested for collaboration with Shining Path.